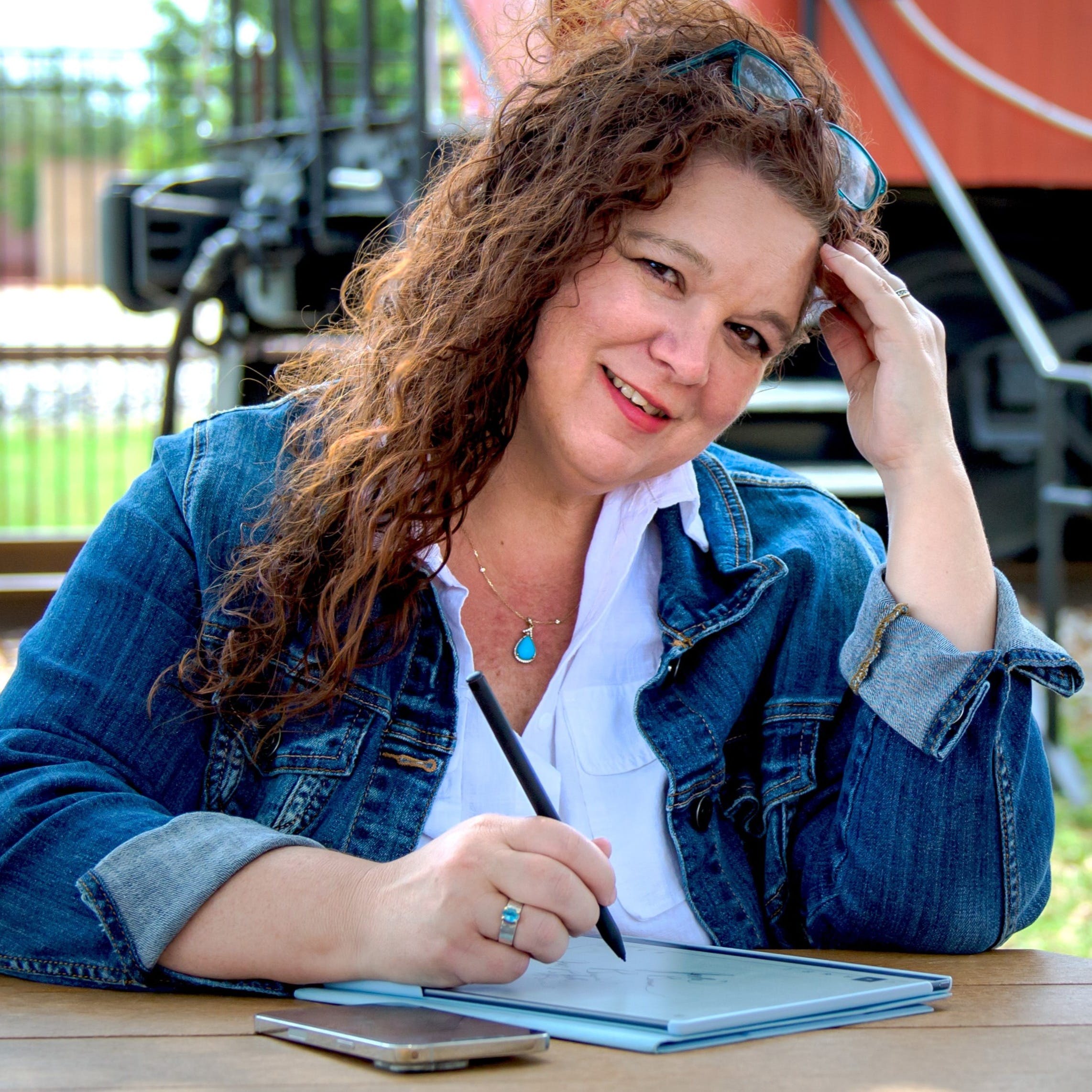 I am now best friends with the General Manager of Walmart in Bay St. Louis, Mississippi.

Recently, my baby girl, Kati, moved to Mississippi, near her boyfriend's parents.

I was devestated. She's 20, my baby. And we are very very close. See already lived about an hour away and was planning to move back closer very soon. but THE BOYFRIEND changed her mind.

Yeseterday, she called me very upset. She had placed a grocery deliver order with Walmart. It was the first time they had enough money for a large order and she was excited to have real food. But, the delivery driver dropped them off at the wrong house. And the person next door took them in their house and wouldn't open the door. Kati knocked and knocked and they didn't answer.

So, she called me, to ask me what to do. I told her to call again and tell them that she needed her groceries and that she didn't have the money to order again. But they basically told her that was her problem, not theirs.

So, being the southern mama bear that I am; I called and asked to speak to the store manager. The lady who answered said, "well, which department do you want to speak to, and I'll get the department manager." I said, "No, I want to talk to THE store manager." She told me he was at lunch and it might be awhile. And I said, "have him call me AS SOON as he gets back."

He called right back in about 3 minutes and told me they had called him while he was out at lunch because they knew something was wrong.

I very politely told him, "I live in Texas. So I can't come into your store to talk to your staff face to face, but if I could, you might not like the fit I would throw."

Then, I told him the story of what was going on with Kati. As soon as I finished he said, "now, Miss Jodi (this is a southern expression), you don't worry about little Kati, we are going to get that girl her groceries today, If i have to deliver them myself."

Then he told me that he was surprised because his staff would know better than to treat a customer that way. He said he needed to get to the bottom of this.

Well, come to find out, she was being transferred on the phone from Walmart to the Delivery service manage who worked for the delivery company. So the person who told her it would be 3-5 days before she could get the refund wasn't a Walmart employee. (Not to mention, who wants to eat groceries that have been in someone else's house...)

The Walmart manager called me back and told me that she was getting her refund and that they were about to leave with her groceries and asked if there anything else he could do for me or for Kati.

He then asked why I was in Texas and she was there. And I told him the story of her moving away with her boyfriend. And of course, I started crying. And he told me that he had a 19-year-old that had just moved 2 hours away and he didn't know what he would do if she moved that far away. I told him I was worried about the neighborhood and that her boyfriend worked nights and bla bla bla.

Then, he gave me his cell phone number. And he said, "this is my cell phone number. If Kati needs anything while she is living in Bay St. Louis, you call me. If she needs her tire fixed or if she needs a new job, then you call me. Then he said, I saw where she lives and I know that area well, it's a very nice area of town and she will be fine walking at night and alone in her house. So you don't have anything to worry about.

So, we talked a bit more about our kids and living in Mississippi and Texas and all the normal things two people who have never met would talk about...

And so now, I'm having Thanksgiving (Kati's birthday) with the manager of the Walmart Store in Bay St. Louis Mississippi. (not really, but as soon as I go to Mississippi to see Kati, you better believe I'm going to go give him a big ole' southern hug!)

THAT is excellent customer service. HOSPITALITY.

This manager could have very easily said, this is the delivery service company, not us, so they will have to refund your money. But he didn't.

He could have recited the rules and policies they have in place to protect themselves from bad customers. But, he didn't.

He listened, he heard and he understood. Kati was hungry. Kati had been eating popcorn and tuna fish for 9 days. Kati needed dinner.

I told this story on my Facebook last night and I've had about 200 likes and comments and some shares.

Imagine what that kind of publicity could do for your business.

When you have the opportunity to go above and beyond, do it.

When you can turn someone's complaint or situation or disaster into a great moment. Do it.

When you can put your guests first. Do it.

But, the joy of having a hospitality business should be in the hospitality.

If it's not, you may not be in the right business.

I'm preaching because of all the horrible stories I have heard about hosts not giving people their money back after the hurricane last week. It's a shame.

If you have a great hospitality story (that you have provided or been provided to you) I would love for you to reply and tell me all about it.

Next week I'll be presenting at the Book Direct Network event in Miami. I would love for you to go. But, if you can't, you can purchase an all access ticket and listen to all the virtual presentations here: https://bookdirect.show/tickets/​

AND, last week I presented at the Book Direct Success Summit on social media marketing. That was a FANTASTIC event and I listened to several of the presentations. You can still get access to all the videos, so you should definitely do it.

My Email Success Workshop will be coming up in exactly 4 weeks. Are you using email the right way to nurture preveious, current and future guests?

It's time you did! Hit reply if you want more details or just click here to get on the wait list.